Νext to Eleftheria Square, Jean Nouvel Tower 25 will rise 16 floors above ground and will reach 62 metres. This verticality, in relation to the horizontality of the medieval walls and the moat that enclose the old part of the city, sets the stage for a series of inversions.

On the east-west elevation, concrete walls deal with the technological in its most emblematic form: The walls are negated by the numerous perforations, an ethereal reference to the pixels of a highly enlarged image on a computer screen. The grid re-emerges, its function as an organizational and structural tool subverted, to become an aesthetic device.

On the north elevation, one gets the sense that the building is expanding and contracting, as the balconies slide in and out, changing their width and depth. But even in the midst of this dynamism, the facade seems to act more as a signifier than as a conventional elevation, revealing the number of floors of the building.

On the top two floors, a duplex apartment is organised around a central courtyard, a typology common to traditional Cypriot architecture. The apartment is protected from the summer sun by three large shades set at different angles reminiscent of an “exploded” hipped roof which, from a certain vantage point, will perhaps again coalesce into a whole. 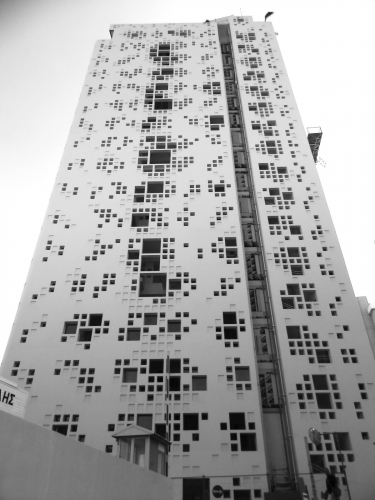 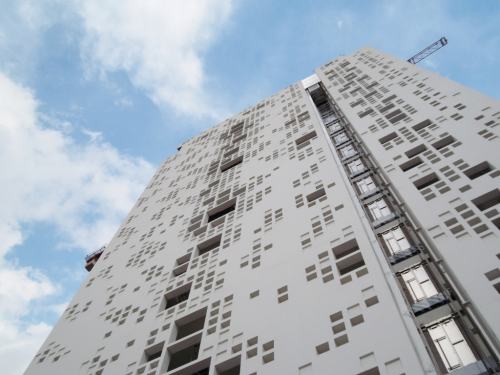 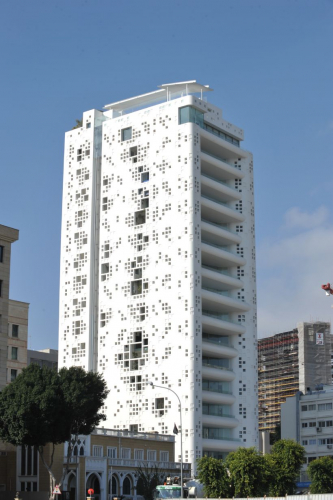 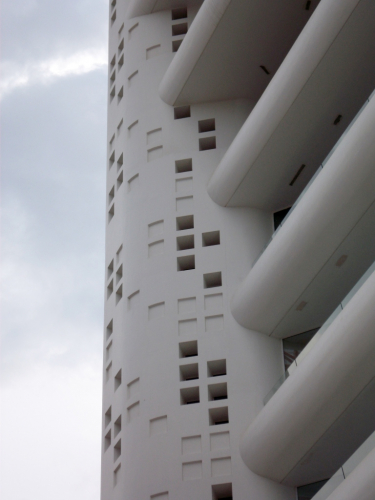 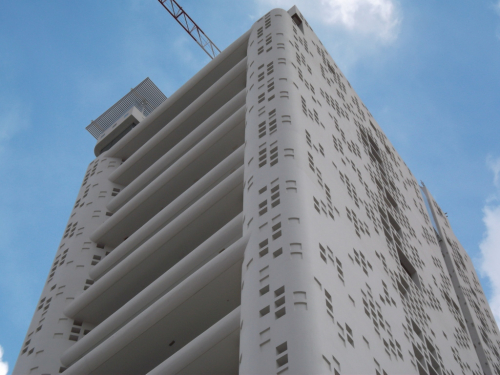 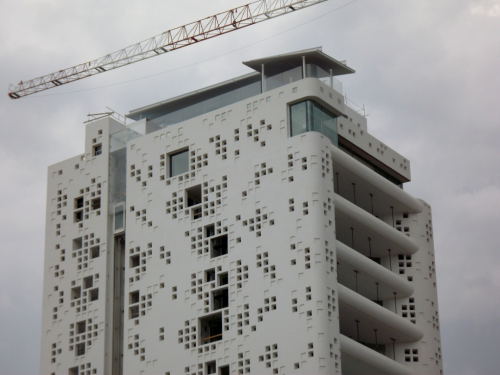 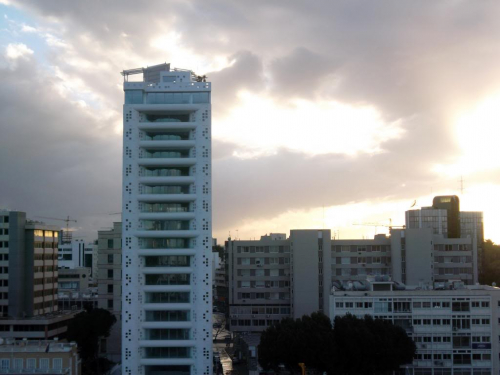 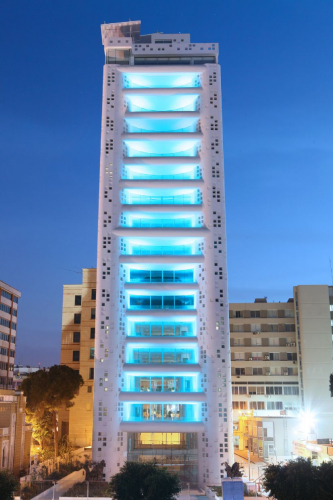 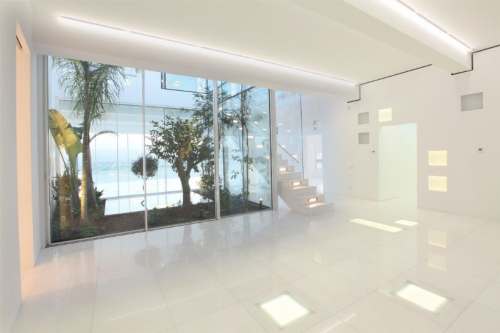 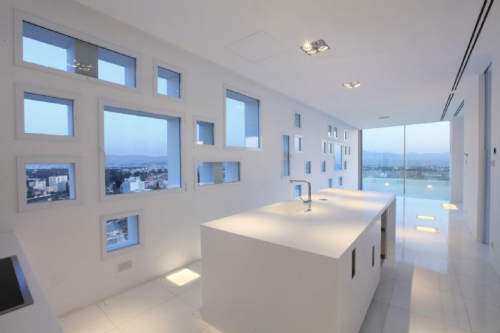 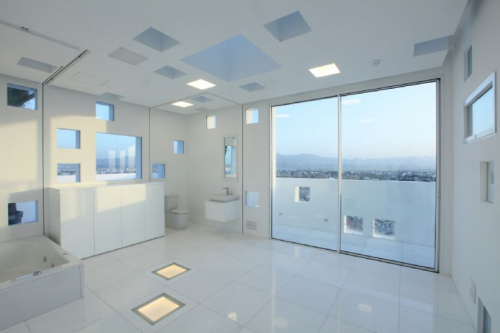 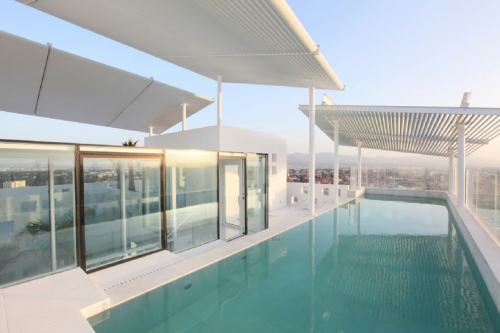