The prolonged drought of the last decade of the 20th century had drastically reduced the water reserves of the surface and underground reservoirs. Therefore in order to eliminate the dependency of the towns and tourist centers on annual rainfall and in view of the increasing water demand, the Government decided to proceed with the construction of sea water desalination plants.

Desalination of sea water was first introduced in April 1997 with the operation of Dhekelia Desalination Plant which has a nominal capacity of 40.000m³ of water per day. This plant serves the needs of the free area of Famagusta and part of the needs of Larnaca and Nicosia.

Larnaca Desalination Plant was put in operation on May 2001 with nominal capacity of 52.000m³ per day. 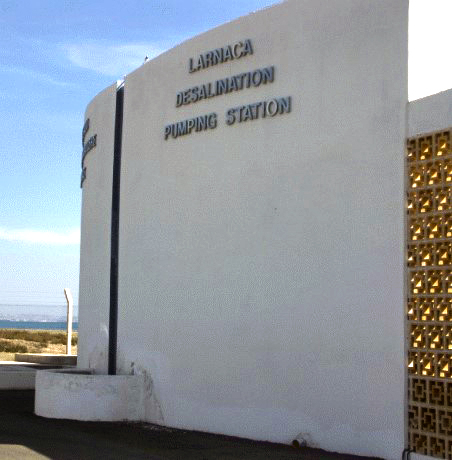