The Hala Sultan (Umm Haram) Tekke stands next to the salt lake just south of Larnaca and is one of the first sights you see heading out of the airport.

The mosque complex itself was built in a series of stages in the late 18th and early 19th centuries. A shrine was built by Sheikh Hassan in A.D 1760. Later, the mosque was constructed in its present form around A.D 1816/17. 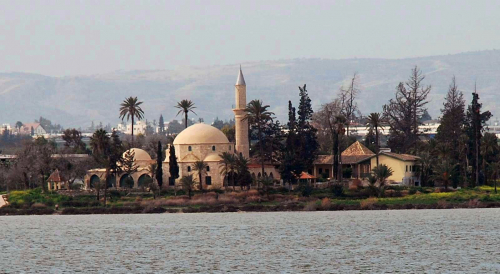 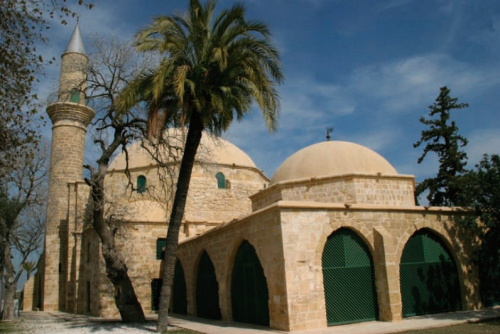 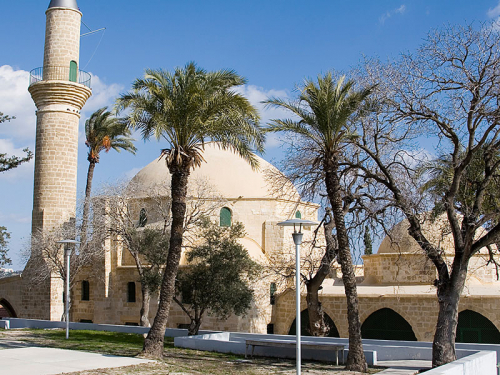